Abdulrahman Kanoo International School’s MUN (KMUN) is an academic simulation that puts students into the roles of diplomats, representing a country within a United Nations committee and involves High School students across Bahrain. The conference is initiated, planned and executed by a team of passionate and dedicated students. ARKIS students have been active participants within MUN’s in Bahrain since 2010. A group of students began to set the foundation for an official ARKIS MUN around 2013.

The 2021 ARKIS virtual conference was held on the 9th and 10th of April and included more than 100 participants from 21 Bahraini-based schools. The schools that participated (in alphabetical order) were:

The 2021 theme for KMUN X, ‘Repairing the Roots’ revolved around the concept of historical issues that continue to plague our world to this day. In KMUN X, delegates reflected on all the origins of these issues. The councils in KMUN X all contain issues that correlate with the theme; whether they are issues that took place previously in time or current issues that have been ongoing for years on end. Delegates debated on how to clean the slate and to prevent these issues from growing further. The winning awards of the Delegates are determined by the Chairs, who are also students, based on how clear their understanding of the theme is and how well they incorporate it within their arguments.

The conference was split between a total of 11 councils which the participants were allocated to. Keeping in line with the chosen theme, ‘Repairing the Roots’, the issues that were discussed were a mix of old and contemporary issues that have affected our world. The young peacemakers collaborated together within their councils to come up with solutions that would ameliorate the ‘root cause’ of the issues they were given. An example of this would be within the United Nations Commission on Science and Technology for Development Council (UNCSTD), wherein participants had to come with solutions to combat the rise of ‘deepfakes’ relating to digitally manipulated content (videos, images, speeches) that are used to manipulate people’s interest.

This year’s conference was organised by the collaboration of 24 students from both 12th and 11th Grade. The leading members of the team were Noor Al Moayed (Secretary General) and Abdulrahman Abdulmalek (Director) including the assistant directors Maisam Bukamal and Maria Alawadhi. The team also consisted of the following members and their designations: 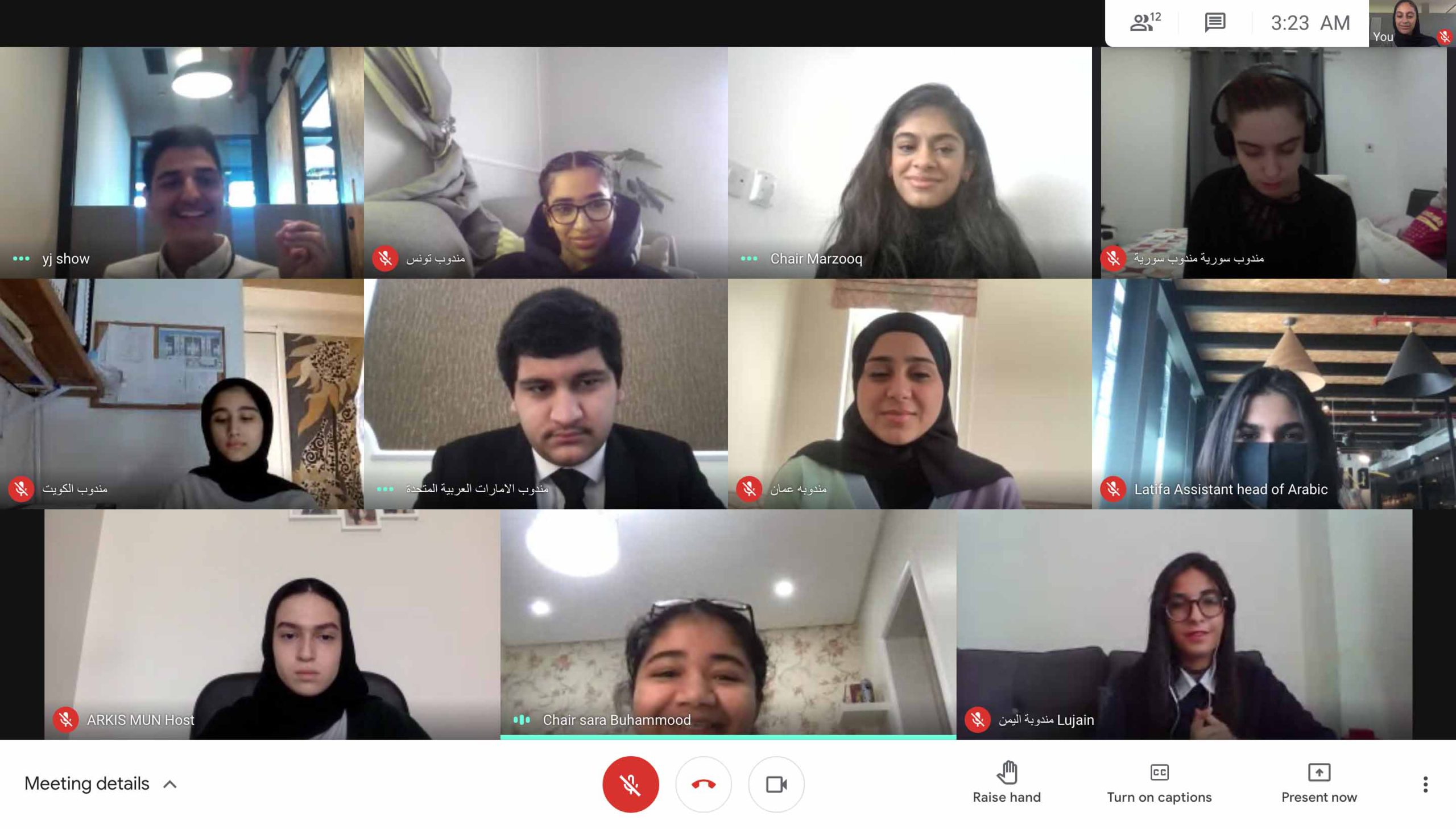