ARKIS celebrates Bahrain’s 50th National Day and the commemoration of the establishment of the Bahraini State, as an Arab and Muslim country, founded by Ahmed Al Fateh in 1783, the anniversary of its full membership in the United Nations, and the anniversary of His Majesty the King’s Accession to the Throne

Part of the National Day celebrations saw a small token delivered to the Royal Court- a letter and a snapshot of the activities we held in celebration of 50 years of Independence. The bound book consisted of poems and thank you letters by our Elementary students, in both Arabic and English. On top of the flags and banners placed internally and externally at the campus, parents and students submitted their fondest memories of being in Bahrain and special places to them within the Kingdom. These pictures surround that of an iconic picture of our schools late Founder (Mr. Abdulrahman Jasim Kanoo) and His Majesty back in 2003. 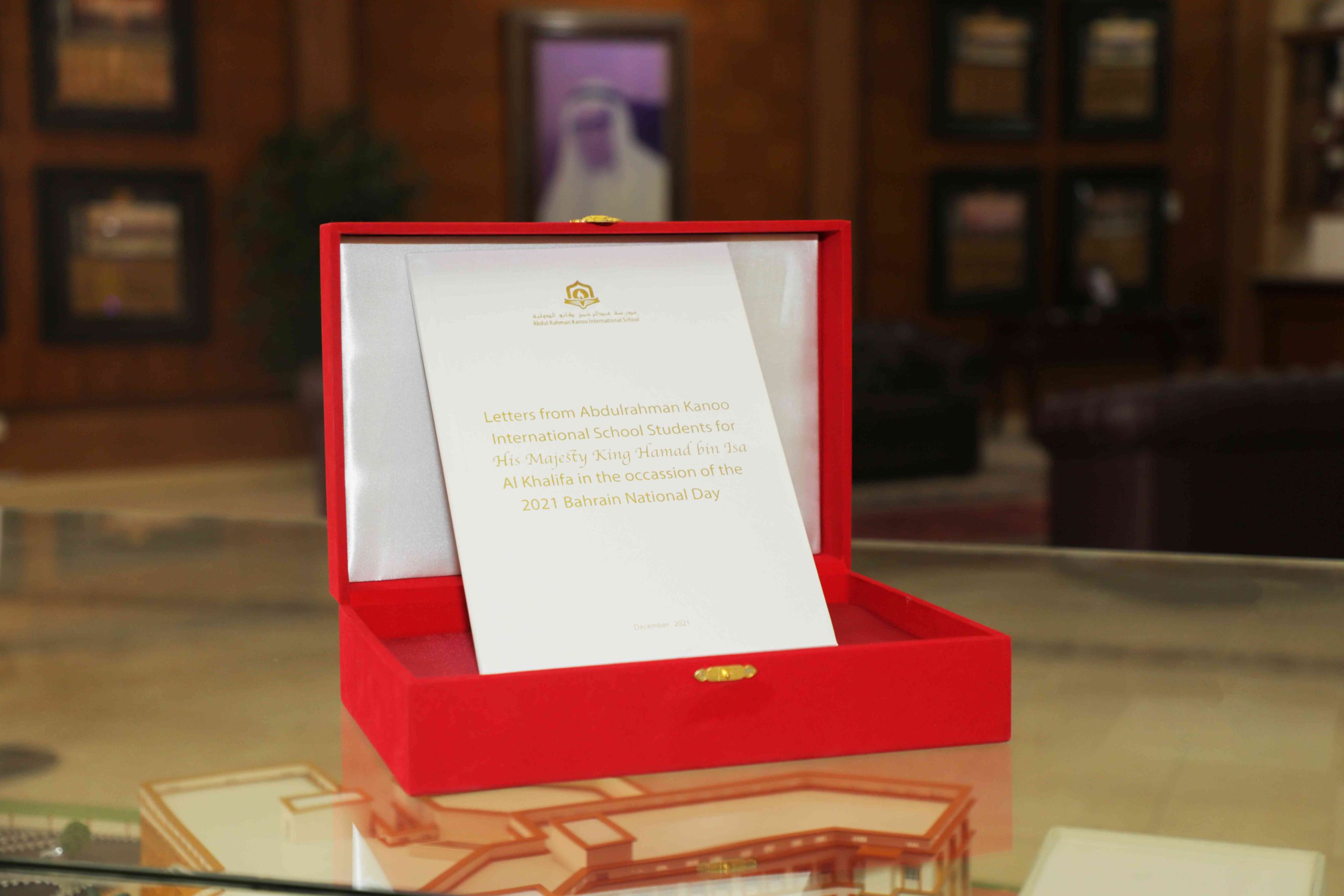